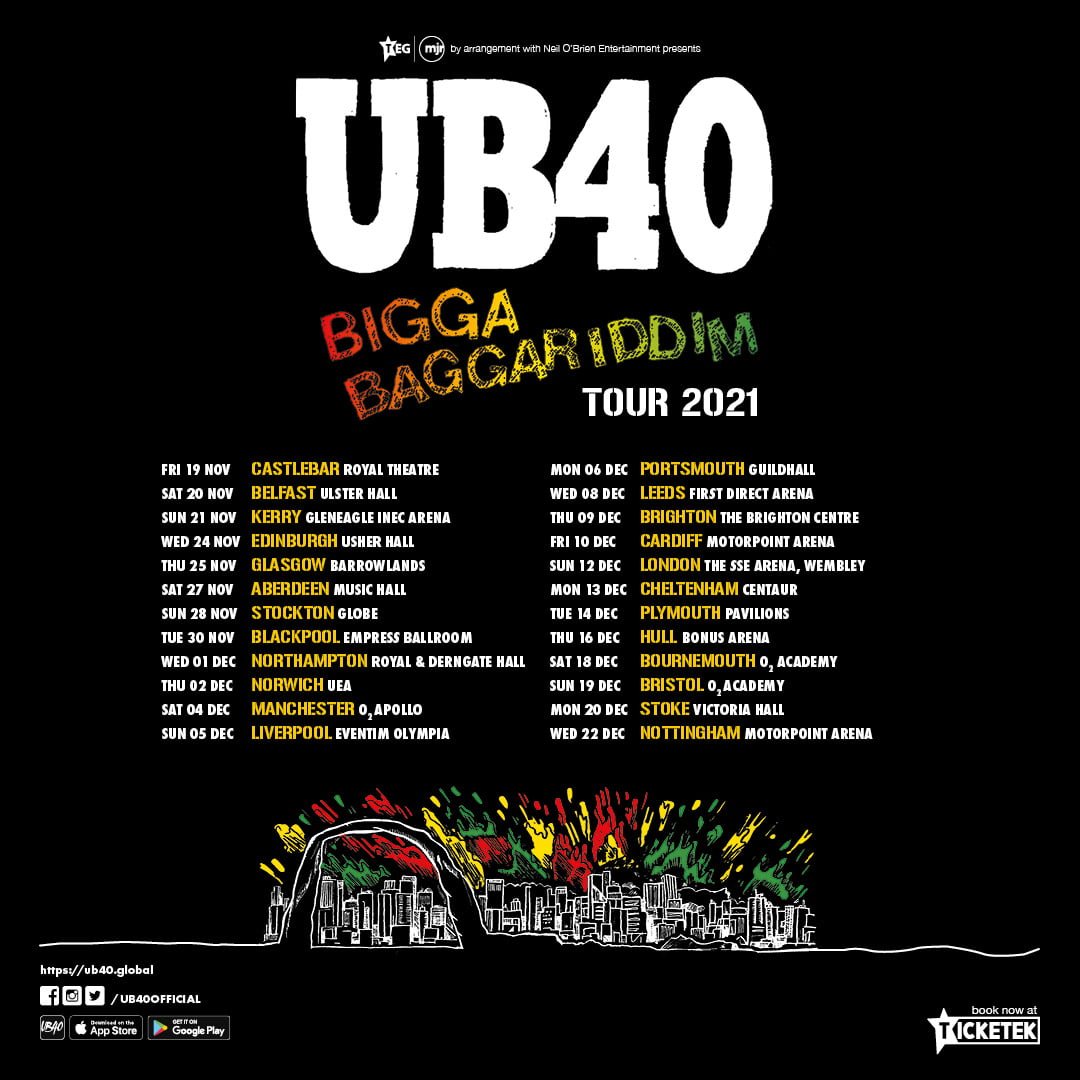 UB40 – Bigga Baggariddim Tour!
UB40 are very excited to announce their new 2021 Bigga Baggariddim Tour, stopping in 24 different cities across the UK and Ireland, including 9 brand new dates! The show will feature some new songs for you from their upcoming album as well as the hits you know and love!
Robin Campbell Guitarist and vocalist
We just can’t wait to feel the vibe & love of a live crowd, dancing & singing, moving & a grooving!! That’s what’s we live for!!

UB40 are an English reggae and pop band, formed in Birmingham in 1978. The band consists of nine members; Robin Campbell, Brian Travers, Jimmy Brown, Earl Falconer, Norman Hassan, Duncan Campbell, Martin Meredith, Laurence Parry, and Tony Mullings. Their debut album, Signing Off, was released in 1980 and is considered to be one of the greatest reggae albums ever released by a British band. Since then, they have had 40 UK hit singles and sold more than 100 million records worldwide. Their albums have resided in the UK’s Top 75 album chart for a combined period of 11 years, making them one of the most successful British groups of all-time.